Grading system is as follows:

In 1980, a group of dedicated parents joined together to pursue a vision for a Christian secondary school for their children. Then, in the fall of 1981, twenty-four students in grades 7-9 entered Rapid City Christian School.

As grades were added, the school began to grow.  It moved to various facilities as more space was needed.  The school granted diplomas to the first graduating class in 1986.

In 1988 the school moved to Bible Fellowship Church.  Steady controlled growth swelled the student body to close to the maximum number the building could handle, so the search began for a permanent location.

By God’s direction, the Board of Trustees approved the purchase of the Hart Ranch Arena in 2003.  With 20 acres of land and more than 67,000 square feet of space, the building and site would provide a beautiful setting for Christian education to flourish in the Black Hills for decades and generations to come.

Development of the Hart Ranch Campus

In order for the existing building to be suitable to be used as a school, an extensive remodeling project began. In the fall of 2007, the first phase of remodeling was completed and RC Christian moved to their Hart Ranch home.

Over the course of the next 8 years, RC Christian School saw an incredible transformation. The former arena was excavated to create space for a beautiful Chapel, a large gymnasium with locker rooms, a music room, and more recently, a learning center. Several new classrooms and additional staff were added to support a continually growing number of students. Also during this time, the state of the art Kelly Duinick Memorial Field was built to support the growing RC Christian athletic program.

God has used many dedicated people over the last 35 years to continue to develop our facility, staff and curriculum. Rapid City Christian School today is a testimony of what God can do when a few committed families are obedient to His leading.

In the spring of 2015, desiring to be obedient to the vision God had entrusted to them, the Board of Trustees launched the Vision for Excellence Capital Campaign. The goals of this Campaign were to complete the middle school wing, complete the courts and commons area, create a state-of-the-art science wing, create a wellness center, expand the learning center and complete the entire arena renovation. Through God’s faithful provision, many of these goals have already become reality.

Our mission is to equip children of Christian families with a sound liberal arts education framed within a biblical understanding of God and His creation, and to help nurture them in an active commitment to the Lord Jesus Christ.

We at Rapid City Christian School are convinced that Christian education consists of much more than superficially wedging Bible classes and Bible verses into a basically secular academic curriculum.  Our goal is to produce graduates whose entire schooling has been framed within a Christian worldview – a Christian lens or grid of ideas and values through which to see, evaluate, and act in all areas of life.

Since beliefs and conduct vis-a-vis, politics, history, science, medicine, law, literature, aesthetics, the nature of man, and the very limits of knowledge all flow from one’s worldview, no institution can claim to have provided truly Christian education unless its students have gained an unmistakably Christian perspective in relation to all of these areas.

That, in a nutshell, is the formidable, unique vision that sets us apart from other educational choices. Furthermore, and without apology, we thus see our task in immense terms. Ours is the participation in an endeavor almost without peer. Destinies are at stake. Events in today’s classrooms make their mark not only on the next generation’s place in history but on each individual’s place in eternity.

The following doctrinal statement sets forth the inter-denominational position of Rapid City Christian School and provides a basis for doctrinal agreement among those associated with the school.  Each member of the Board of Trustees, each member of the faculty and staff, and each school family subscribes to this statement.

We believe the Bible is the only infallible, inspired, authoritative, inerrant Word of God (II Timothy 3:15, II Peter 1:21).
We believe there is only one God, eternally existent in three persons: Father, Son, and Holy Spirit (Genesis 1:1 Matthew 28:19; John 10:30).

We believe in the absolute necessity of regeneration by the Holy Spirit for salvation because of the exceeding sinfulness of human nature, and that men are justified on the single ground of faith in the shed blood of Christ and that only by God’s grace through faith we are saved (John 3:16-19, 5:24; Romans 3:23, 5:8-9; Ephesians 2:9-10; Titus 3:5).

FACULTY
BOARD OF TRUSTEES
ALUMNI 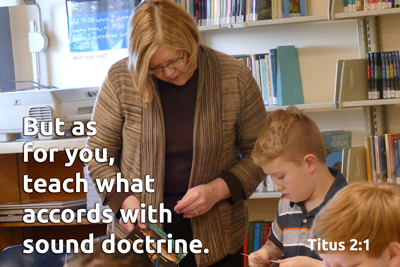 If you would like to schedule a tour of the school please fill out the information and someone will contact you to set up an appointment.
Click Here! 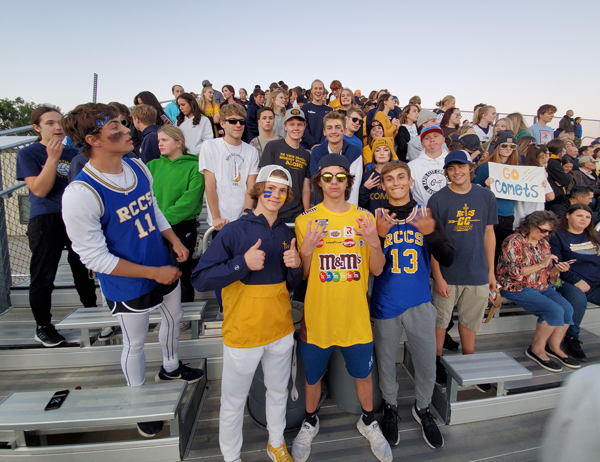